…and from this grave a flower grows
A little part of what’s lost shows
Then one tear from these eyes flow
At the sight of a flower that grows.

Waiting for the Snow

Follow me into the light
The sun would lend you anyway.
“Tomorrow’s gone, now have no fright.”
The foggy morning says.
Were I to ask you what the night
And moon and stars would say,
Do not answer if you do not know
I musn’t know today.

Continue on the path with me
And soon I will show
What you’ve been waiting for,
But you must wait until the flowers grow.
Spring to summer, summer to fall
Follow me and we’ll go
With our questions, searching for answers
While we wait for winters snow.

A garden of bones,
Planted in stone.
Living are the seeds sown,
Decay: germination’s home.
Bones become as the flower blooms,
And blooming into a flower unseen,
Mice are this flowers bees.
This garden of bones is no tomb.

A Necessity of Tears 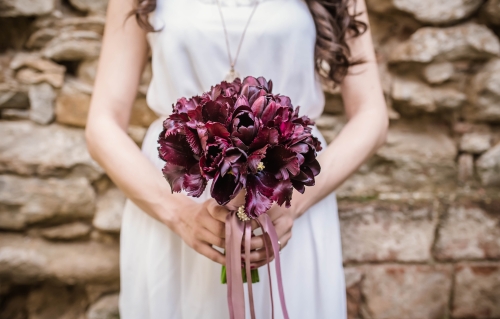 Holding onto grief like wilting flowers,
Their beauty is not a gift just for you,
But me; for a passing of the hours.
We all hold our own wilting flowers, true,
So there is no reason to give you mine.
I’ll hold onto these as you do to yours,
One more won’t wilt; I won’t repay in kind.
I’ll keep mine to me, I won’t create more.
All flowers simply wilt before they dry.
This. When the waters they may need are tears,
It is what’s necessary when we cry.
One lets go of this, one lets go of fear.
This. How we heal, how we make flowers bloom.
How we refuse the hearts death and heal soon.

A shower comes to springs end.
A new dawn with which to tend,
Each new day having brought a seed,
Whether it a flower or it a weed.
Though who’s to say which one is?
The beholder’s as shallow as it is,
Every daughter and son: a judge unto themselves.
Every court without a jury; mercilessly and unjustly delves
Into the case of assigning value.
Into the ends that suit themselves.

To consider ones mortality, in youth, that we may see,
How long a lasting friendship, with that, we may be.
In understanding a child, to the reaper, gives a flower,
So that in passing, they’ll be friends when met in that final hour.

Behind The Flowering Lilacs

She, in her field of flowering lilac,
Staring into piercing eyes through the haze;
Propensity avarice thereat.
His eyes meet naught but her harrowing gaze.
She is the treasure, wealth, his greed burns for.
The priceless, protected, that he cannot
But there in his selfish lusting, long for.
In his twisted mind she will soon be caught,
By praising her beauty to flowers,
Instead of knowing the soul that she is.
She’s behind the lilacs counting hours,
When he’ll return to the home that’s his.
Looking back to the pearl he’d wish to steal,
Never once giving thought to how she feels.

He’s not a stalker. He’s an admirer for the wrong reasons. He will never have her because he sees her as an object and thinks empty flattery is enough to win her over. He is selfish thinking only about what he wants, never considering what she wants. He eventually leaves her alone when he realizes she will never want to be with him.

ChainsawPenguin
Create a free website or blog at WordPress.com.