The following are nine poems that tell the tale of one soldier from childhood, as in “The Waste Of War” where his father takes him to a war memorial having fought in a previous war, to the end of his life when he is an old man, who, homeless resting at a train station, will tell his tale to any who will listen, in “Oh Well, What the hell?”.

The Waste Of War

On The Wrong Side Out Of Place

And you wonder:
“What am I fighting for?
What am I dying for?”
Then suddenly it dawns on you.
I am on the wrong side.
I am out of place.
I’m fighting for what they believe in.
Now I realize what my father had shown me so many years before.
This and these are the wastes of war.
Death is just trying to get more
Of what it already has.

A Sonnet To War 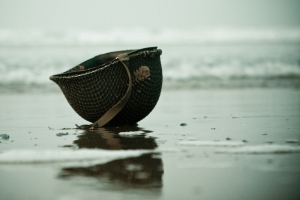 As I gazed it was thee who then did die.
I wondered why we had come to this place.
I shamefully hung my head and I cried,
Knowing I’ll never see your smiling face,
Never to give me strength or joy again.
I cannot help to think I was to blame.
It was I then, who, to your death did send
I should, could have ended this. Its my blame.
Though I’m not sure that it matters much now,
You are sleeping, in that rest you’re dreaming
In heaven I’m sure. Angelic. Crowned.
Without you, this battlefield I’m leaving
With those left standing through the wastes of war
Much worse I’d say than those who fell before.

They were better, the ones before me.
Why do I remain,
With those left standing from the storm?
Better than I those who fell.
I should have also.
They were stronger, I could tell.
Left standing among the dead I,
Have nothing left here.
My brothers fallen; I leave and lower my head.
A part of my heart died there that day.
Though I walk away,
My soul will never leave this place.
Why am I here left standing?
I’ve nothing left to give.
What am I to do but find another storm for chasing?

Forever In My Dreams

Slowly I walked through that depressing town.
It was not much more than ruins this place,
Here the children cried and each of them frowned.
Everywhere sorrow could be seen on each face.
Under a pile of rubble there lay,
A skeleton of a flying fortress.
I saw many broken forms there that day.
And God, to many, a quick death did bless.
Then I remembered the field that I left,
wholly horrible, and devoid of life,
None were spared from battle, on rocky cleft
The innocent, the soldier, shared the same strife.
Through that field and town, this soldier then came.
With me in my dreams they’ll ever remain. 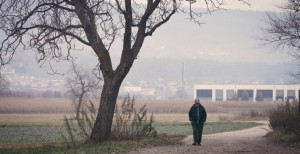 He’s been long absent, in absent non-bliss,
Beneath the clouds they’ve forgotten his face.
The moon bends down, on his cheek plants a kiss.
By her light he’s able to find his place.
But what place is his that he can call home?
Those he once knew turn away from his call.
Back to the road this one returns alone.
His brother, not he, they wanted home, tall.
It wasn’t his fault, though he blames himself;
He, the only one to escape the flames.
They’ll be no mountain into which he’ll delve,
There will be no bed in which he’ll long stay.
He will only have a path to wander.
He will only have moonlight to ponder.

Beyond The Winter Snow

With no place to call his own,
He sets off on some path unknown.
On this journey forever alone,
To find some place to rest his bones.
Now far beyond the winter snow,
He then follows a summer moons’ glow
Wishing that to him it would show,
Somewhere that he could call his home.

What Should Have Been His Home

A voice from above telling him to kill
Or from below? “I’ve followed orders” He
Might say And before the Almighty fill
Himself with such ambitious hope to see,
And wish for forgiveness, to see it his.
Salvation he knows to already own,
But believing his act as to Judas’ kiss.
Away from heaven he searches for home.
Unwanted, unworthy, his own words, he
Has always been the most unqualified,
He deems. To look into ones soul and see
If there were the strength there to turn the tide.
Maybe he’ll claim whats already his own:
Sunlight and joy, what should have been his home.

Oh Well, What The Hell?

Oh well, what the hell,
Do you have time for me to tell,
This tale to you before farewell?
If not I wont yell,
Then if so let us delve,
Deeper into this tale I tell
And to the day I said farewell
Where my most of me then fell,
Where my soul became like gel,
After to the past I did sell,
The last of my pride unknelled;
He then stood mocking me, unquelled
And to my knees I then fell,
To my soul I said not farewell,
But, “Will you return unlike gel?”
Oh well,
What the hell?
Your time is sounded by a bell,
And next time I’ll not care to tell
This tale to you before farewell.

3 responses to “A Soldiers Tale”

This site uses Akismet to reduce spam. Learn how your comment data is processed.