To Live, To Learn 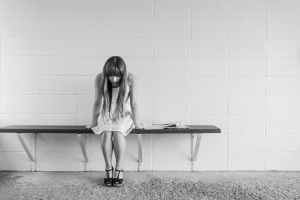 Lovely Angela and her broken wing,
Once upon a time she did try to fly.
Though she was such a pretty little thing,
The only thing she can do now is cry.
Now what cruel thing could have taken her flight?
What malice stole her from her abandon?
Or was it malice grounding her that night?
Perhaps one took care to only sadden,
Knowing broken wings heal, and learn from pain.
“Why not just tell me?” She asks through her tears.
“Wisdom can’t be given, but alone gained.
You mustn’t run from, but embrace your fears.”
She then replies: “My broken wing will heal!
On this crippled wing again I will fly!”
Still she falls, but despair she doesn’t feel.
Now she stands to return to her own sky.
Her broken wing, her test, her pain, have passed.
Stronger she now rises, now made to last.

This entry was posted in Rise Above and tagged fly, poetry, stronger, wings. Bookmark the permalink.

This site uses Akismet to reduce spam. Learn how your comment data is processed.